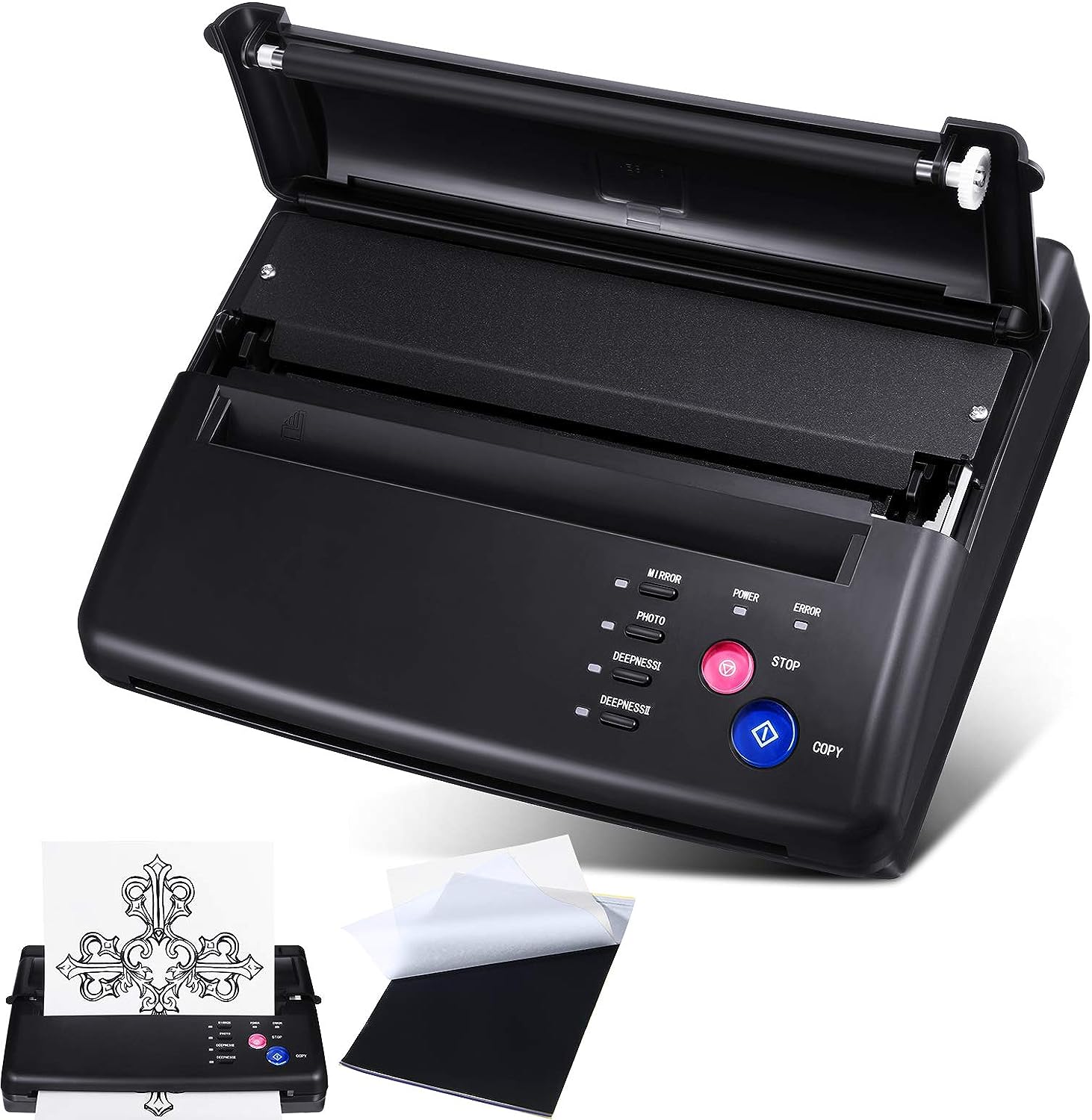 Tips for using this tattoo printer machine:
1. Before using the mirror copy function, you should wait a few seconds for TPH heating, when the page is printed, the white paper of the copying paper should be stuck to TPH.
2. The tattoo thermal copier is NOT suitable for the patterns with complex shadow and only can show the single effect.
3. If the warning signal sounds, ERROR lights works and stop copying immaturely.
4. If you want to stop the copying mission, please press the key 'STOP'.

Note:
Due to manual measurement, please allow slight differences on size.
There might have slight color differences due to different displays.